I’m crazy for sweet potatoes ~ unfortunately I’m the only one in this house who is.  On the other side of the coin, he’d like cooked carrots for dinner, and I’d rather never. 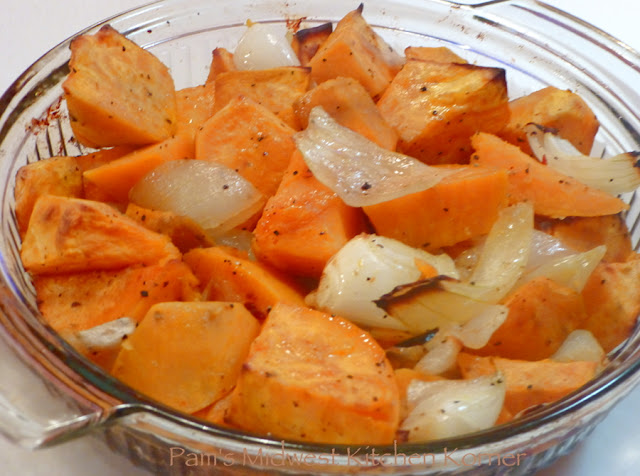 When I was growing up, I loved this time of year, as Mom would bake sweet potatoes frequently.  Ummm, mmm!  A nice big sweet potato, with just a lump of butter, and a little salt and pepper would do.  Now, I’m into peeling them and roasting them also. 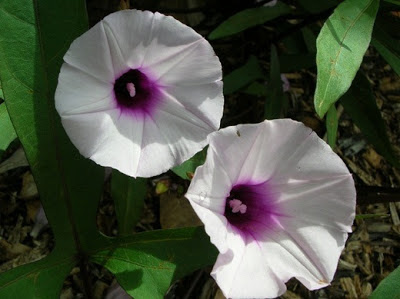 ~ Sweet potato blossom ~
kind of looks like a Morning Glory, doesn't it...

This recipe is from Cooking Light Complete Cookbook.  Here’s what it says about the dish:  “The gently flavored potatoes and onions develop a richer, more complex sweetness as they caramelize.  This recipe requires only one dish and is pretty much hands-off cooking.”  That sums it up, except to say these roasted sweet potatoes and onions are delectable and dulcet!

Preheat oven to 425 degrees.
Coat a 13” x 9” baking dish with cooking spray.
Combine all ingredients in the dish, tossing to coat.
Bake for 35 minutes, until fork tender, stirring occasionally.

Dressing or Stuffing with Variations