There are a plethora of regional variations of chili dogs,
more than you can shake a frankfurter at!

However, the origin of chili dogs is a little vague…

Peter George Koufougeorgas, a Greek immigrant from the town of Nea Koriniput, put the railroad town of Altoona, Pennsylvania on the map with his “Texas hot dog,” in 1918.

They surprisingly pretty much had nothing to do with Texas.  The “Texas” reference is to the chili sauce, which actually has more of a Greek cuisine influence, due to the Greek ethnicity of Kourougeorgas and his cooks.

After watching workers leave the coal mines each day, covered in soot, and seeing their calloused hands, George envisioned them clasping a hot dog.   His chili dog ranged from the eastern to the western sides of Pennsylvania, later spreading across the nation ~ the craze was on…

Back in the summer of 1916, for 10¢, you might have ordered a  Coney Island hot dog.  It belongs to Detroit, Cincinnati, New York or whatever city the article you’re reading refers to.  Topping it is chili (remember that Greek inspired meat sauce), yellow mustard, white onion and cheese.

In North Caroline, your chili dog is most likely loaded with chili, onions and slaw.

Connecticut dogs are topped with onions, chili and sauerkraut.

In Washington, D.C., it’s the ‘half-smoke’; similar to a hot dog, but larger and spicier, served with chili sauce, herbs and onions.

Whatever the variety, chili dogs are sold by street vendors, out of stands, at ball games, out of shacks and at home…

When we're not at Portillo's
this is the way
at home:

Moving on to our supper last night ~ I made chili a couple of days ago, which reminded Bill of chili dogs.

It has been a long while since we’ve eaten hot dogs and ages since we’ve had chili dogs.
No bottled chili sauce, no canned chili, no ketchup nor mustard touch my chili dogs. Just hot dogs, covered with my home made chili, a sprinkling over all of cheddar cheese and chopped white onions, on a toasty bakery hot dog bun.

They were delicious with a side of fries!
The bottom line is this ~ chili dogs are just glorified pretentious wieners that are delicious!

Heat hot dogs in boiling water until heated through.
Place on toasted hot dog buns.
Top with a generous scoop of chili, cheese and onions.
Serve

Savory Pork Roast with Pince-nez on the Side

Growing up on the farm, Sunday dinner at noon was always a feast, many times with Aunt Jessie, Aunt Lucy and Ronnie joining us at the table. 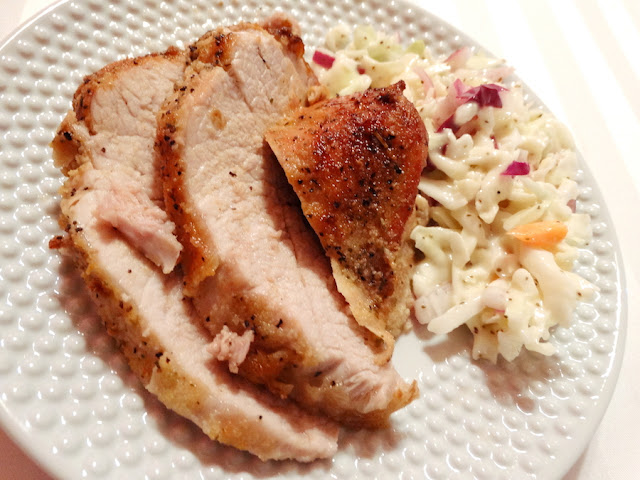 I remember it all with good memories, except this one time: 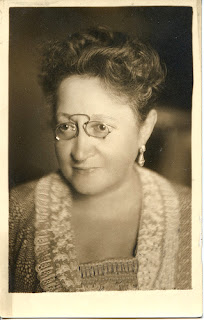 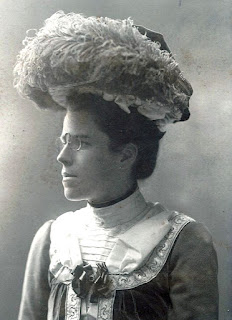 Neither one Aunt Jessie, but the glasses are similar

On this particular day, Mom made roasted pork for our Sunday meal, and I got to sit at the dinner table beside Aunt Jessie.  I liked to talk a lot, and this one time I became more than a little animated in the story I was telling.  I swung my hand with a fork in it, right up to Aunt Jessie's glasses ~ hooked the side of them ~ and hurled her pince-nez glasses clear across the table.

Not a good moment, but then I was probably only around 7 or 8 years old.

Mom always went the limit with meals of fried chicken, roast beef or roast pork like this.

I carried the Sunday dinner tradition on until the boys got older, and life carried on, ball games, etc.

This pork roast is delicious, with the simple blend of seasonings flavoring it, particularly the pungent taste of ground mustard to complement the pork. 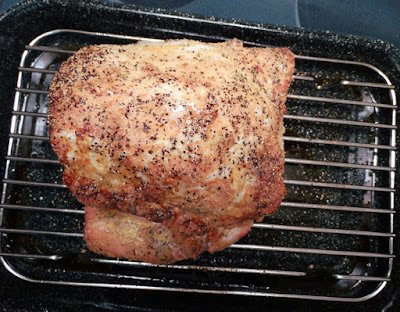 It’s juicy and tender on the inside with good crunchy meat on the outside.

Easy, peasy and good eating for Sunday dinner or anytime!

Preheat oven to 350°.
Combine seasonings in a small bowl.
Liberally pat seasonings onto roast.
Place meat on a rack in roasting pan.
Bake, uncovered, 2 to 2½ hours, until thermometer registers 155°.
Allow pork to rest for 10 minutes before slicing.
Serve
Printable recipe

50 years ago today,
in Louisville, KY,
I married a lucky guy,
and he's still the love of my life, he's the best! 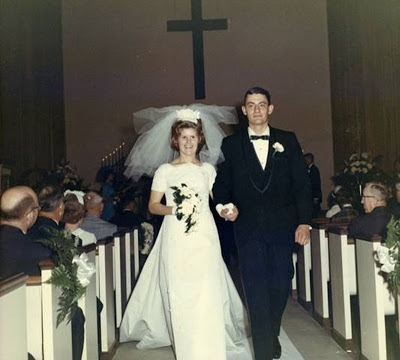 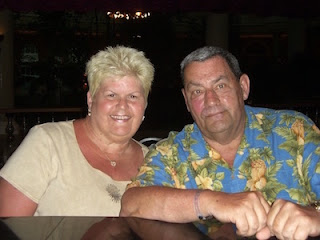