Chicken Fajitas, About the Easiest You Will Ever Make!


These could very well be the easiest


~ and maybe the tastiest fajitas ~
you'll ever make! 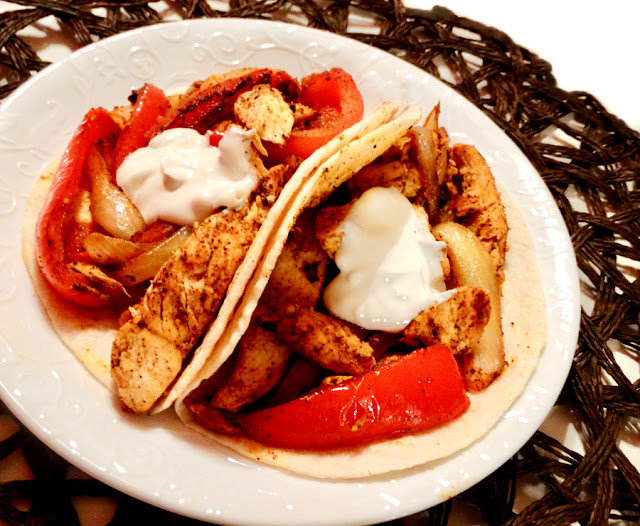 They are so good and super simple to make, thanks to Perdue Short Cuts, Grilled Fajita-style Chicken!

The Empress of Soul, Gladys Knight, sings with her heart and soul, and it seems she cooks the same way, judging by this recipe! 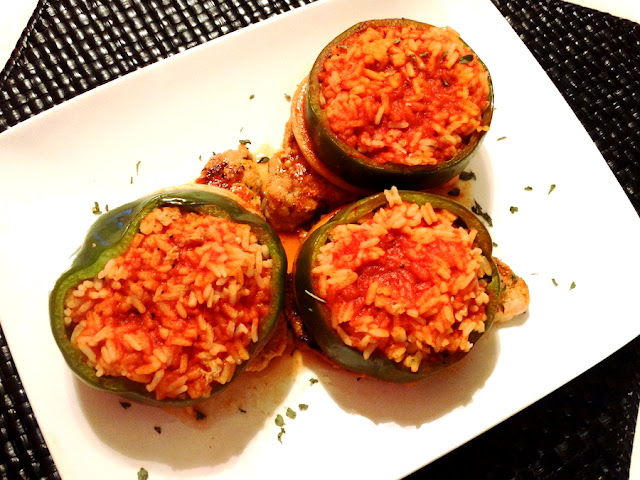 If you haven’t watched "Harry," the TV show that's a blend of talk, music, comedy, and variety, starring Harry Connick, Jr., you’re in for an entertaining hour.  There isn’t much this guy who was born and raised in New Orleans can’t do!

Rich Creamy Chocolate for Your Valentine!


Caution:  Bill says this could be fatal! 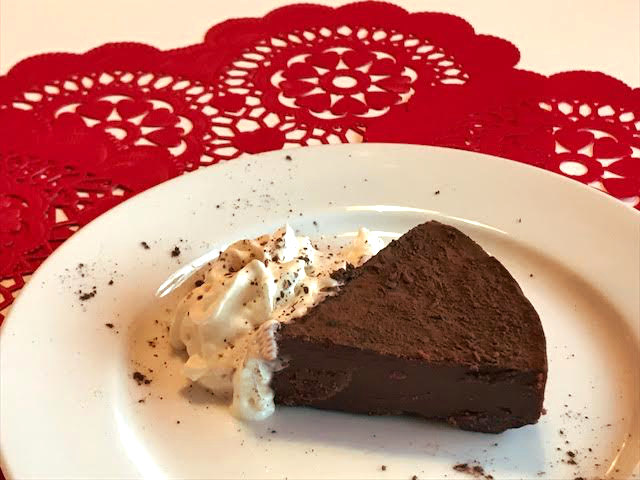 Chocolate is a major food group to just about everyone ~ but not me ~ I definitely wouldn’t go out of my way for it.  I do have a sweet tooth though, it’s just not for chocolate like it is for my family members and friends.

So when the most chocolate-covered day of the year, Valentine’s Day, rolls around again ~ that day when everything seems to be slathered in chocolate ~ it’s the perfect time to make a delicious dessert. 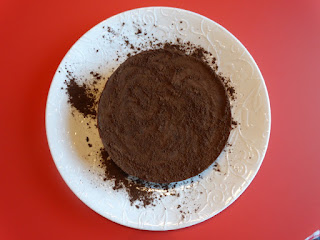 Chocolate is everywhere, it’s universally loved.  Apparently, according to research done by Dr. David Lewis, letting chocolate dissolve slowly in your mouth produces as big an increase in heart rate and brain activity as a passionate kiss ~ except that the effects of the chocolate lasts four times longer.

Therefore, truly, chocolate must be the food of love.

If you’re looking for a creamy, very rich chocolate treat for your Valentine, this Chocolate Pudding Cake by exclusive French pastry chef, François Payard, who launched several eponymous patisseries in New York City, is for you! 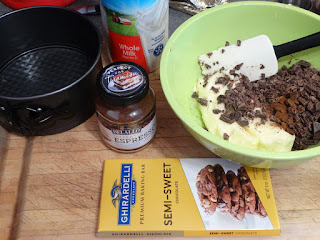 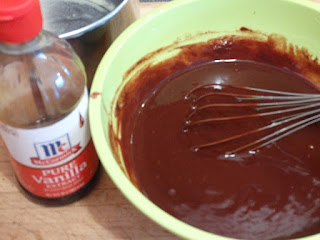 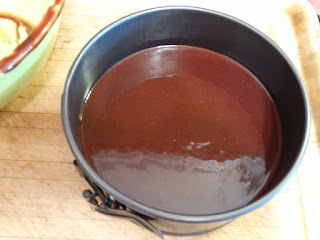 The creation is not exactly quick to make, it takes a good bit of freezer time, 6 hours at least, but it’s worth the effort to make for your Valentine!

Believe me, this is a decadent dessert, so I’m told ~ smooth, creamy, rich, particularly luscious and velvety, a sinfully delicious chocolate treat!

Just a sliver will do it!

Method:
1. Place the chocolate, espresso powder and butter in a medium bowl and set aside.
2. Combine the milk and all but 1 tbsp. of the sugar in a small saucepan. Heat over medium heat, stirring constantly until the sugar is completely dissolved. Stop stirring and cook until the milk begins to bubble around the edge of the pan. Remove from heat.
3. Whisk together the egg yolk and the remaining 1 tbsp. sugar in a small bowl. Pour half of the hot milk over the yolk mixture, whisking to combine. Return the mixture to the saucepan, and cook, whisking constantly, until the mixture thickens slightly and just begins to bubble around the edges (reaching 183° on an instant-read thermometer).
4. Immediately pour the mixture over the chocolate and butter. Whisk until the chocolate is melted. Whisk in the vanilla.
5. Scrape the batter into a 6-in. round springform pan, and smooth the top with a rubber spatula. Cover with plastic wrap, and place in the freezer for at least 6 hours or overnight.
6. Remove cake from freezer, and let sit for 10 minutes before unmolding. Invert the cake onto a serving platter, and lightly dust the top with cocoa powder. Allow the cake to stand at room temperature for 45 minutes before serving.
notes

*This is the slightly adapted recipe of Chef Payard's. I added espresso powder for a darker richer flavor.
It doesn't taste like coffee, it just enhances the chocolate flavor.

Chicken Tinga, not with my IP!

I know a lot of you are obsessed with your Instant Pot, that "miracle" small appliance!
I researched it carefully,
read your posts about the wonders of it,
got suckered in,
purchased one. 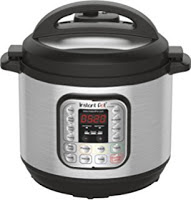 Unfortunately, there’s no IP love here.  It all went downhill with this recipe...

First off, I browned the tomatillos and onions nicely.  Then added the seasonings, stock and diced tomatoes; removed the skin and bones from the chicken and added that to the pot. 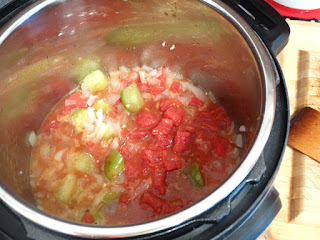 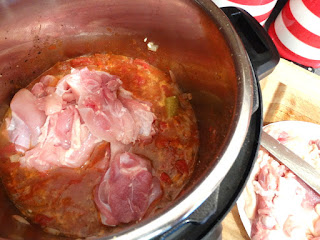 The next step is when it all went wrong!  Put the lid on, lock it in place and set the IP to pressure cook, it sounds sooooo easy!  Wrong!

Once again, I couldn’t get the lid on, couldn’t lock it in place.  It was sort of tricky the first 2 or 3 times I used it, this time it was impossible.

I even read the manual for the umpteenth time, still couldn’t do it.  Then I asked Bill to try it, he had no more luck than I did.  After being frustrated for 30 or so minutes, I watched a video of some man demonstrating placing the lid on and locking it in place - he must've been a magician!

It sounds so simple, but it’s so crazy.  I never did get the lid on, couldn’t cook the chicken in it, ended up braising the chicken in the tomato mixture, in a casserole dish, in the oven. 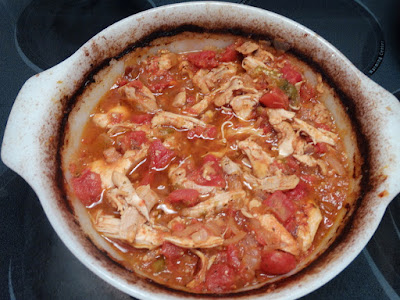 By then, I had lost all interest in it and dinner too - just wanted it over with and done!  I'd just rather cook ~ stir ~ & taste ~ my way.

The chicken turned out OK though, tasted OK.  We decided we’d like it over noodles instead of a traditional Chicken Tinga recipe with tostada shells. 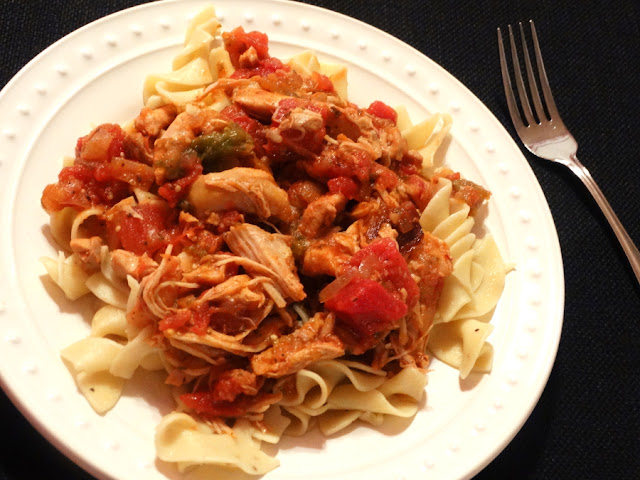 The last step in this disaster:   Bag up the IP and put in the garbage can outside ~ the next day was garbage day and I was happy to be rid of the darn thing and get back the space it demanded!!!

There is one positive thing I can say about my Instant Pot ~ at least I didn't have to clean the contraption!

I’m hoping I’ve learned my lesson and won’t buy the next pricey kitchen gadget that comes along...

Preheat oven to 350°.
Place olive oil in IP (skillet) on medium high heat.
Add tomatillos and cook until browned; add onions and garlic, and cook until browned, about 3 minutes.
Add chicken stock and stir.
Add tomatoes with their juice, oregano, salt, pepper and chili powder, stir to combine.
Transfer the tomato mixture to a casserole dish that has been coated with cooking spray.
Add chicken and chipotle purée, stir well.
Place lid on dish and cook until chicken is cooked through and tomato mixture has thickened.
Meanwhile, cook noodles in boiling water according to package directions.
After cooking, transfer chicken to a plate and pull it into bite-size pieces.  Return to tomato mixture and combine.
Transfer chicken and tomatoes to serving bowl.
Serve over cooked noodles or tostada shells.