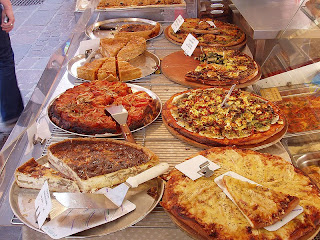 Quiche around the world, Wikipedia

You know quiche is one of the best brunch dishes on this earth!

Quiche is a savory classic French dish; however, it actually was created in the medieval known as Lothringen, under German rule.  The French later renamed it .

The word quiche is from the German ‘kuchen’ meaning cake with the original Quiche Lorraine being an open pie filled with cream custard, an egg and smoked bacon.  It wasn’t until later that cheese was added.

This is a recipe that Mom got from her friend Eleanor; hence, the name “Eleanor’s Quiche.”  It sounds just like Quiche Lorraine to me and is a wonderful brunch or supper dish. 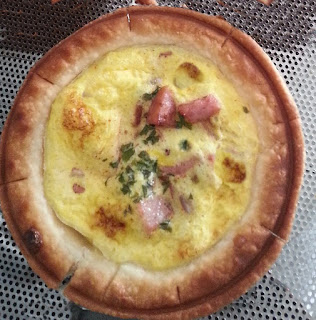 This quiche can be prepared in advance, frozen and then baked when you are ready to enjoy it.  It’s a great versatile egg dish and you can add whatever vegetables or meat that you want.

It’s easy and it’s delicious, great for a crowd, what more could you want?

Line the pie plate with pastry, prick with a fork, line with foil and weight with dried beans or rice.
Bake at 400 degrees for 8-10 minutes until crust begins to color.
Remove from oven and remove beans, let crust cool slightly.
Scatter ham, cheese and onion on crust.
Beat eggs slightly.
Beat in remaining ingredients.
Pour custard over bacon mixture.
Bake at 425 degrees for 15 minutes.
Reduce heat to 300 degrees and bake for 30 minutes until set.
Serve warm