Leftover ham, you say?  I’ve got a great tasty solution for you! 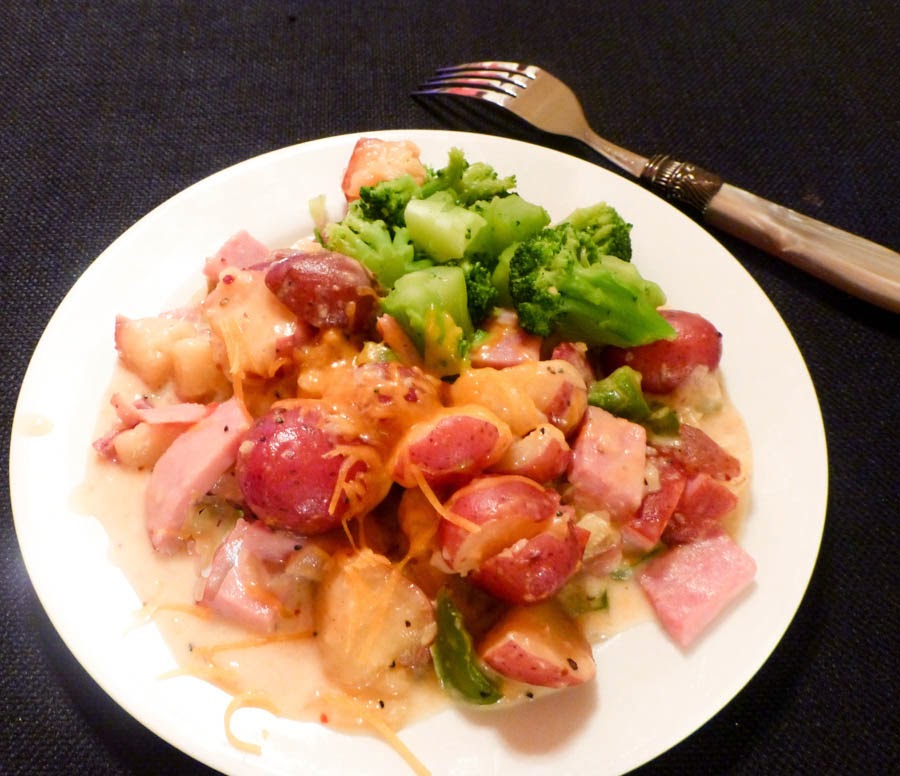 It is truly delicious ~ Bill and I really like this dish! I’ve made it using spiral honey ham after Easter, and a ham steak at other times throughout the year.  I see the grocery store now carries plastic containers filled with cubed ham!  How easy is that?


It’s cheesy comfort food, no matter what ham you use ~ it’s a keeper!


Stir into vegetables in skillet.


Stir in mayonnaise, pepper, Mrs Dash and cheese; stir until cheese is melted.


Bake uncovered 30 to 40 minutes or until bubbly and light golden brown on top.


Garnish with cheese, if desired.

● Food is one of my favorite parts of the day.
– Jennifer Lawrence

Hi!
I am happy to hear what you have to say, and appreciate your taking the time to stop by and leave a comment.
Keep smiling!
Pam